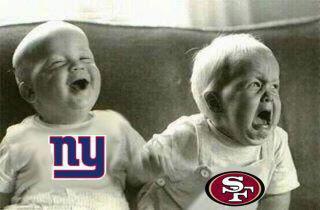 Champions of the WORLD! Common MANNNNN it never gets old this WINNING thing! The NEW YORK FOOTBALL GIANTS started this BLUE VORTEX of Death back when they beat the shit out of those Bitch ass Jets not knowing that it would consume the entire football world. 1st it sucks the football life out of those COWGIRLS before moving to those angry birds of Atlanta. After clipping the wings from those silly birds it heads up to colder weather where they feasted on some 15-1 Cheese Heads and totally took apart the NFL’S MVP Aaron Rogers. The BLUE VORTEX then set course for the number one defense in the NFL. After a knock down drag out fist fight the NEW YORK FOOTBALL GIANTS took the NFC title and headed for Indianapolis to meet and destroy the legacy of one Tommy Girl and his punk as coach Billy the horrible BEli-CHICK. Man do I love me some football and the BIG BLUE NEW YORK FOOTBALL GIANTS. And now that the season is over I will get back to some serious breaking it down, so hang on tight it is going to be a bumpy ride. You know I am the most interesting man in the world (stay thirsty my friends) and now I have a Super bowl championship, A Grammy nominated follower (Linda Chorney) Beautiful, Amazing, Smart, Strong WOMEN followers. Smart, tough,Real MEN followers. And Patriots fans that are followers who are CRYING IN THEIR BEER! Come Get Some! hA, hA, COULD NOT HELP IT! NOTHING BUT LOVE…….

So one of my east coast readers sent me this video on the Pittsburgh Steelers, talking about how we are in steeler nation. And it almost brought a tear to my eye’s. It is soooo CUTE. O.M.G. it’s ADORABLE. Now don’t get me wrong STYX the group is the man and I like the music, but Pleaseeeeeee it hasn’t been steeler nation since the days of the steel curtain when Jack Lambert, Jack Ham, Mike Webster,Lynn Swan,  Franco Harris, Terry Bradshaw ruled the NFL. . Yes i know they have won the most titles with 6. But 4 were with that bad ass hall of fame group and only 2  with this group of drunk driving, long hair wearing dancing with the stars group in the last 31 years and in that same amount of time the Giants have won 3 times. The east coast is BIG BLUE COUNTRY. and we have a few kinda bad ass artist of our own. Oh I don’t know have you ever heard of say… JAY Z!  Now this is how we roll, down and dirty in the streets of N.Y.C. Come get some! Bring it! Now take a look at some real hits!  Ha,Ha Just having some fun you guys, don’t get all serious on me, you know I have much love and respect for you guys. Just doing a little shit talking.

Scientist have discovered an unexplained phenomenon happening over Giants stadium in the east coast of the united states and have scrambled the military. Breakitdownpete news is reporting unconfirmed reports of the loss of two NFL teams and their seasons! Eye witnesses are reporting that the New York Jets and the Dallas Cow Girls were seen entering the Giants stadium talking shit and flying high with dreams of entering the playoff’s when all of a sudden their seasons, dreams and sniffling bitch ass fans were sucked into a black hole of season ending misery by the  Blue Vortex created by the god sent New York GIANTS. Have fun golfing bitches!!!!! Breaking News: Warnings have gone out to the Atlanta Falcons and the rest of the league. It seems that this Blue Vortex is mobile and could affect other stadiums were the Giants will play!

Yea you heard me I called them COW-GIRLS!  My main man, the comeback kid, the best 4th quarter touch down throwing of all time with 15 count them 15- 4th quarter touch down passes. Cool as ice, my quarter back is better than your quarter back  ELI the magician Manning Bitch slapped your Tony Simpson oops I mean Romo upside the head and did not get a roughing the quarter back penalty because I told you he is a magician! ohhhh how sweet it is to go into a stadium with 100,000 fans in attendance and the home team is ahead of you, all cocky and knowing that if they beat you, you are out of the playoffs and instead with 5 or so minutes to go in the game and you are down by 12 points you pull down their pants to expose them as little school girls then leave them sniffling in the post game press conference. Oh I love this time of the year and my BIG BLUE MACHINE! Let me break down the last few minutes of the game for you as I saw it! The ice man Eli drives the GIANTS down the field, eats up the clock before giving the ball to Jacobs who plows thru the Cow Girls defensive line like he owns them, like they owe him money, like they are a rented mule. For a TOUCH DOWN! Now because we are the beast from the east we then shove a 2 point conversion down their throats to go up by a field goal. Now to really mess with their sniffling fans we let them come down the field to within field goal range. Where we act like school yard bullies and call a time out just as bailey kicks a good field goal, but because we called a time out before the snap it is called back. Now during the time out Baily is so scared the he shits in his pants and that load of shit in his pants shifts his weight causing him to kick the next attempt low where my main man Pierre blocks it and sends the fan home crying in their beer! Yea boy! Come on Cow girl fans bring it don’t let me talk shit to myself!!!