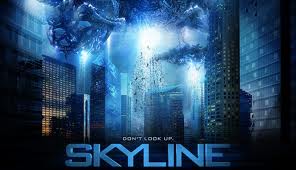 It took two days for my brain to recover from the coma this movie put me into. Now in the interest of full disclosure, i am not a Sci-fi fan and maybe some die-hard Sci-fi fans may enjoy this movie but i doubt it. I accompanied my wife to see this movie because she is a big Sci-fi fan and I’m a great husband. And even my wife was disappointed in this movie. The actors in this movie did not need stunt doubles, what they needed was stunt actors. This could be the worst acting performance by an entire movie cast in the history of movies. Lack of story line, lack of character development, an ending that will piss you off are just a few of the things that make this movie un watchable. 20 minutes into this movie i wanted to drive down south to purchase a gun so i could shoot myself, but i realised that i could not drive there and back before the movie ended so in stead I just stayed in my seat and died a slow death. The octopus like robot aliens just all of a sudden show up by the hundreds. they fly around sucking up people after they put them in a trance. You don’t know who they are or why they are here and just like the aliens the military shows up all of a sudden for a dog fight over the sky’s of Los Angeles. These powerful aliens can fight off the military stealth bombers, but our hero actors fend them off with a hand gun and a wooden handled axe. In one scene one of the actors beats the alien to death with his fists and in another a car moving at about 30 miles an hour hits and kills another alien. Almost the entire movie is shot at one location, the building where one of the actors lives. The ending is so stupid and rediculus that the audience at the show i attended cursed and shouted WTF? BOTTOM LINE  THIS MOVIE SUCKS AND THEN SUCKS SOME MORE….